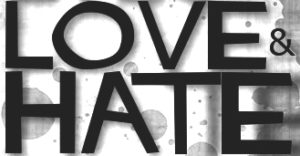 The young and the beautiful, Shelly Webster, was slaving away more so than usual. The drinks were pretty backed up and there was no sign of getting help anytime soon. She had just finished two white mochas and was rushing to get the order of an americano and a caramel mocchiato done for one of her favorite customers. Before she could call Billy’s name to come pick up the drinks, she was inundated with another customer ordering for their whole office. She sighed and thought to herself how much easier this all was when Ciri was there.

“Billy,” Shelly spoke loudly. “One americano and one caramel mocchiato.”

Billy smiled and took the drinks. He wished he had some better news to tell her about Ciri, but since he didn’t, he just took the drinks back to his table without saying a word. “Here is your mocchiato.” He placed the steaming, hot coffee in front of a very pretty brunette with bright blue eyes, that were even brighter than the detective badge that she wore on her belt.

“Thanks, Doc,” she said. “Now, what makes you want to buy me a coffee, besides me being totally worth it?”

Billy laughed nervously. “It’s not that, Mel. I mean, you totally are worth it. I mean I don’t know how to say this without sounding like I’m paranoid, but it’s the truth.”

Melanie’s face changed from fun and flirty to serious. She had thought that this was a social visit, but was quickly realizing that this might actually be something along the lines of work. “Just start from the beginning and take your time.”

“Ed is trying to force me out of the hospital.”

“Yes. He said that he can’t get rid of me that easily, so he is going to make sure that I quit. Is there anything illegal about that?”

She thought carefully about her answer. “I would talk to a lawyer. It doesn’t sound like anything criminal. But if he is forcing you out, that might even be something that your union rep could take care of.”

“That won’t work. Our union is a joke. Ed is the president of the union and has been for years.”

“That’s a conflict of interest, isn’t it?”

She stared at Billy, noticing the dark circles under his eyes, his two-day growth of his beard, his wrinkled clothes and his messy hair. “I have never seen you so stressed out, Billy, not since your dad died. You know that anything I can do to help, I will.” She reached her hand across the table and held his.

Across town, eighteen year old, Tyler Gold, was admiring something beautiful. “I think I like the black dress better, but honestly, you look great in either of them, Sky.”

She blushed. “You are here to give me an opinion, although, I do like the compliments.”

“Of course you do.” He stood behind her as she modeled the dress in the full-length mirror. “But, the black one is better, I think.”

“I can’t believe that I’m going to be eighteen tomorrow!” she said. “This is just crazy.”

“Have you thought about college yet?”

“Duh. I’m a senior in high school. Who hasn’t thought about college yet?”

Sky spun around and looked him in the eye. “Why not? It is really important, Tyler.”

“I know. I was just waiting to find out where you were going, and then I would apply there as well.” He raised his eyebrows and gave her his cutest, guilt filled grin.

She smiled. “You want to go to the same school as I am?”

“You don’t think we are going to get sick of the sight of each other?” she giggled.

“I see you everyday now and can’t imagine that ending.”

She reached her arms out and they held each other in a long embrace. That was cut short, however, by the sudden entrance of Irna Bell-Gold. She spoke hysterically. “Sky! We have to go to the hospital, your brother, Bobby, has been in some sort of accident!”

Sky and Tyler’s faces were stricken with shock.

“Don’t be ridiculous. Of course you can. He’s your step-brother isn’t he?”